What a great year...

How's everybody doing? Anybody caught the virus yet?

Surely someone would have by now.... but not me. I’m in the lockdownest place in the world

Can’t complain too much about 2020; it’s the year I became a father

And with all the pandemic economical measures, I’m financially heaps better off

Sounds like everybody in America is getting it so surely somebody here has had it.

Here we were not allowed outside for 3 months other than to the nearest supermarket. Thank god that's over.

It's honestly not ever been all that bad for us. But that comes, I suppose, with living on an island with 60+ km of frigid North Pacific water separating you from the nearest massive population centers. Vancouver Island has, I think, 6 active cases for a population of over 600 000 and only one new case in the last 24 hours with a total of 185 cases since the start. So people here have been generally relaxed. Following guidelines and orders, for the most part, but it just hasn't been as serious here as it has basically everywhere else. We also have a Provincial Health Officer with a light touch - making orders and rules only where absolutely necessary. Far from being confined to our homes at any point even at the height of pandemic in March - May we were encouraged to go outside - but to maintain 6 feet of distance while hiking and running and to avoid 'indoor areas' where possible. Some service providers were shut down - namely bars and restaurants for a while - but there was never a complete shut down of all non-essential services. In fact, I was diving and running and hiking and paddle boarding throughout the whole pandemic and reliably getting air fills and renting gear and buying new shoes.

Overall I think our response has been working. It's getting a bit worse lately (to the tune of a hundred or so new cases a day across BC) but ICUs are still largely free and our hospitals are far from being near capacity. We'll see how things are later in the fall if / when the second wave is supposed to hit.

wow! some signs of life here!

TBQH I've missed some of ya! We had our fun for sure, and y'all even put up with my insane rants LOL. You're good guys.

Did someone say boobs?

No beer flu here. Don't have it or know of anyone who has, thankfully. Most people are being responsible but there are always the outliers who aren't just for the attention/drama aspect. Hopefully we're over the worst of it. 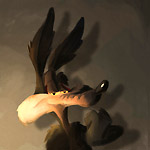 And holy shit to Wally and Tut almost losing their baby mamas. Fuck that. That would be terrifying.

I don't have it, and I don't know anybody that does, thank fuck. But there were a couple scary false alarms. When I caught my first cold of the season last month, I had a bunch of the symptoms. Went to a clinic to get my brain touched by a cotton swab, but I came back negative.
And back in March, my brother got sick almost immediately, and we thought he caught it, but he also just had a cold. Pretty scary because he has a toddler at home, and his kid was just a little over a year old at the time.

I have a friend up in MI who was trying to get me a job where he works, and I was supposed to go up there in April and apply/interview, but March happened first. He says he's gonna try again after the whole COVID thing passes, so I may still end up there eventually, but for right now, I'm just chillin' and doing my thing.
Keep on Trollin'

Users browsing this forum: No registered users and 2 guests